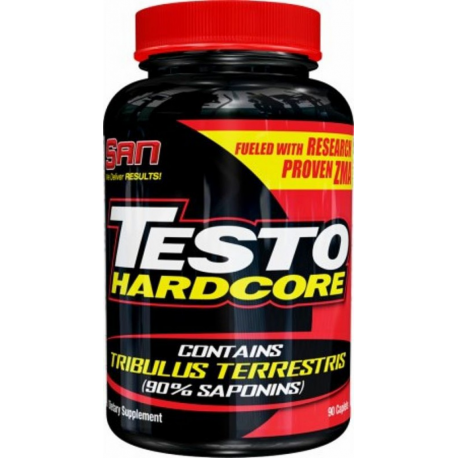 By buying this product you can collect up to 2 loyalty points. Your cart will total 2 points that can be converted into a voucher of 0,20 €.

SAN's Testo Hardcore contains 2000 mg of Tribulus Terrestris which was specifically standardized to contain 90% Steroidal Saponins (the active constituents believed to be involved with the regulation of Testosterone) . Tribulus Terrestris has been extensively researched for its ability to naturally increase testosterone levels via LH stimulation in the pituitary gland (see attached). Tribulus is often used to increase endurance and sexual performance due to its natural test boosting effects in man. Some anecdotal reports also state that Tribulus is believed to stimulate faster recuperation and recovery from exercise.

SAN's Testo Hardcore is also fortified with research proven Zinc and Magnesium Oxide. Taken together, this tag team of minerals was designed to maximize absorption and reduce recovery from exercise. Zinc is documented to play a chief role in the regulation of cellular growth and tissue repair. Magnesium, on the other hand- is extremely essential for the maintenance of electrolytes, energy production and normal muscular contraction. Since physical activity can increase the need for these two minerals- its supplementation becomes a must for those who desire rapid muscular development, strength and endurance via an effective and more importantly safe dietary aid. 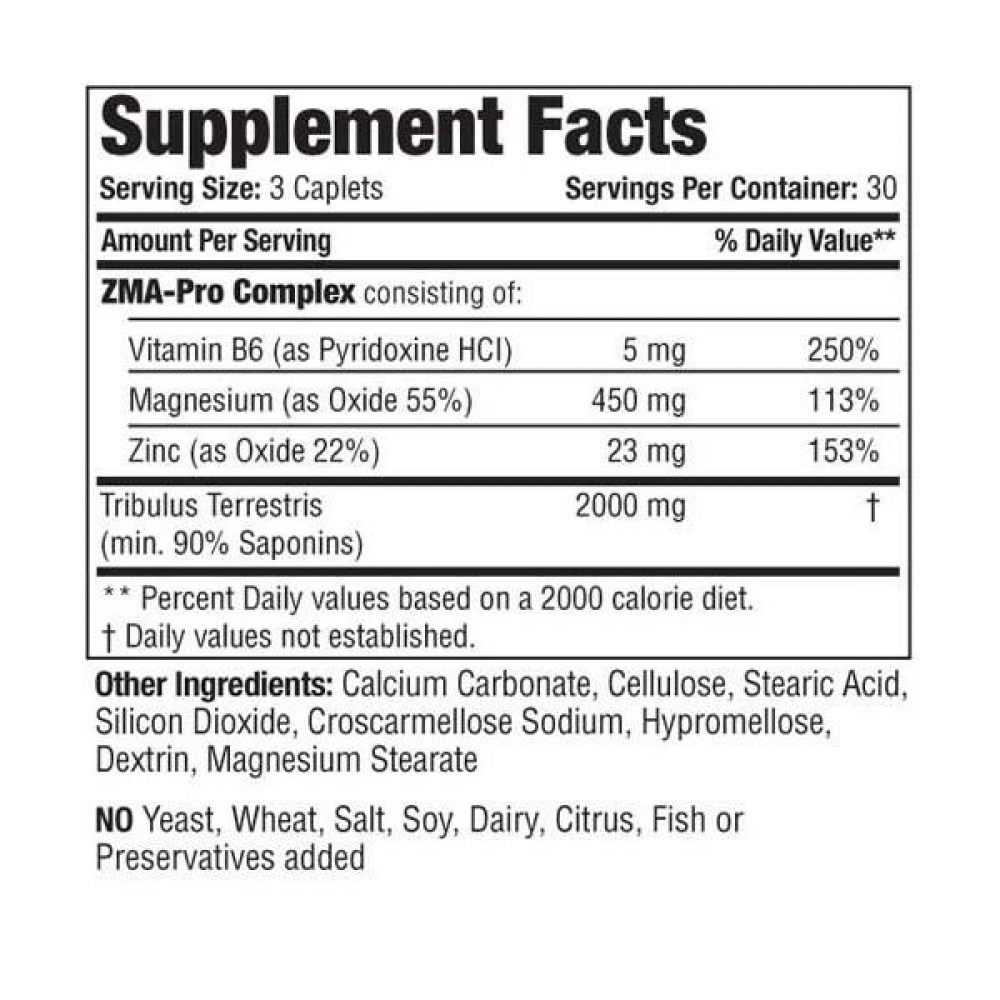